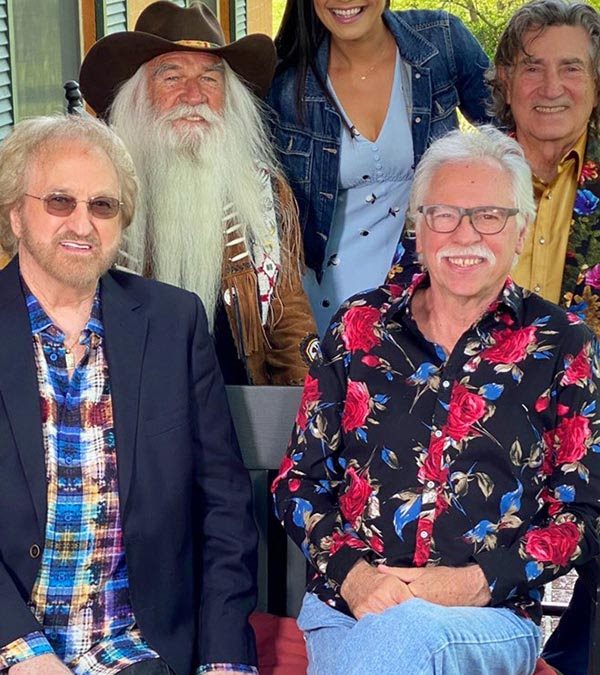 NASHVILLE, Tenn – GRAMMY® Award-winning and Country Music Hall of Fame members, The Oak Ridge Boys sit down with Entertainment Tonight’s Rachel Smith for a special interview showcasing their incredible history in country music, the 40th Anniversary of their iconic hit “Elvira,” memories from past ACM Awards and their highly anticipated new album Front Porch Singin’, which will be released on June 11. The interview was filmed on William Lee Golden’s front porch, the same location used for the cover package of their new record. To watch The Oak Ridge Boys on Entertainment Tonight, check your local listings or visit www.etonline.com for more information.

“As always, it was a lot of fun sitting down with Entertainment Tonight. Sharing many of our stories was a walk down memory lane that brought smiles to all of our faces,” shares Joe Bonsall. “It’s hard to comprehend that 40 years have gone by since we released ‘Elvira!’ This has been a wonderful journey and we hope you will tune in tonight.”

The group—Duane Allen, Joe Bonsall, William Lee Golden, and Richard Sterban—are best known for their iconic and multi-platinum hit “Elvira,” along with other chart-toppers like “Bobbie Sue,” “Thank God For Kids,” “Y’All Come Back Saloon,” and “American Made.” The Oak Ridge Boys have achieved a decorated career, winning five GRAMMY® Awards, multiple CMA, ACM, and Dove Awards for their crossover brand of pop, country, and gospel music that spans a number of generations. The Oak Ridge Boys became members of the Grand Ole Opry in 2011 and achieved arguably country music’s highest honor in October 2015 when they were inducted into the Country Music Hall Of Fame.