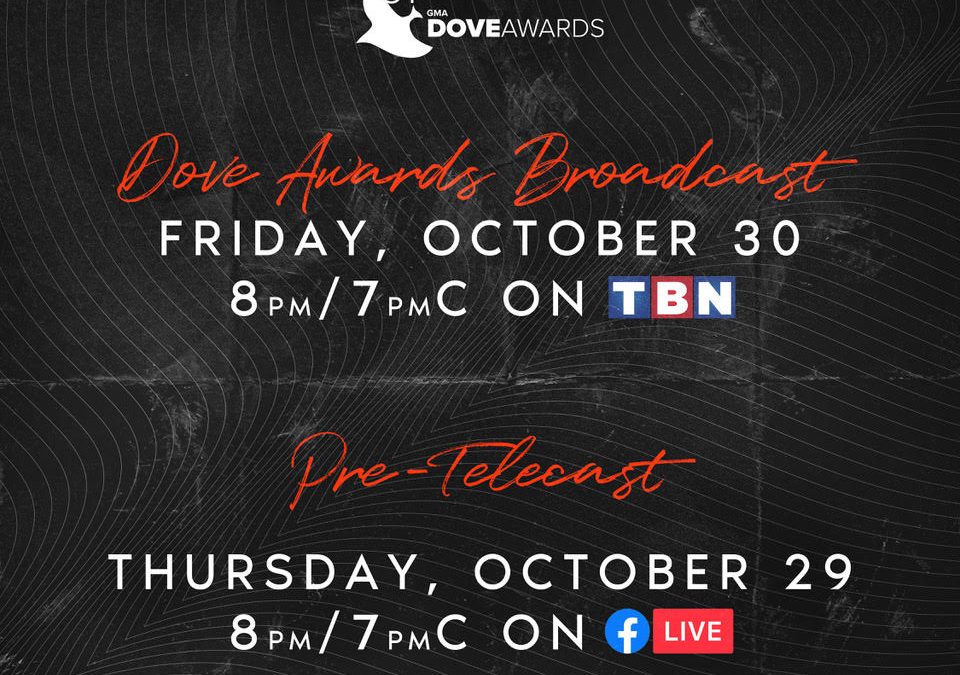 We will be part of the intro to the 51st annual Gospel Music Association Dove Awards television show, pre-taped and airing on TBN, Friday, October 30. Check your local listings for details.

Our song Amazing Grace from our Down Home Christmas album, released by Lightning Rod Records/Thirty Tigers last year, has been nominated in the Bluegrass/Country/Roots Recorded Song of the Year category. Pre-telecast winners will be announced during on Facebook on October 29.Save These Dates!